Hawaii is on the radar for most travellers, if you have not been yet I am sure it will be high on the priority list in the not too distant future. We have been a couple of time (with and without children), and it does cater to every age. Whether you are planning a low key holiday, a romantic honeymoon or a family vacation Oahu ticks all the boxes. Can you think of a better way to ring in the new year? Then by watching the fireworks over Waikiki beach! Here is the rundown on things to do in Honolulu with kids.

Things to know before you go:

Check ivisa regarding visa requirements. Ivisa’s quick and easy system is an efficient way to organise your required visa’s online. It is the best way to ensure you aren’t caught looking silly when you arrive at immigration.

SafetyWing is the world’s first International Travel Medical Insurance developed to meet the needs of entrepreneurs and remote workers travelling or living abroad worldwide. I can not recommend travel medical insurance enough! For those who are going to be away for long periods, live and work abroad or are a nomad traveller.

Coming from Australia, we flew QANTAS as it is part of One World but returned on Jetstar (as it was the only day that suited us getting home). We were pleasantly surprised how much more room you have on the flight, as our experience with Jetstar in the past has been small planes, small legroom, no in-flight entertainment (yes, budget airline standard travelling), but it was not the case which was great! I find on a budget airline during the day makes a massive difference because sleeping on a plane with limited space makes the flight an unenjoyable experience.

When we flew from New York we flew Delta; to Honolulu  as we had points left over. I have to say it was a lot further than we had expected and flying overnight (even on their version of a premium economy) was uncomfortable.

We initially hired a car from the airport pre-booking online with AVIS as we were only spending a day there before heading to New York. Hiring a car from the airport worked out well because we could not check our luggage in because the counter was not open 12 hours before the flight. We also realised that there are no longer airport lockers at the airport. Hence, catching public transport was not an option; getting a seven-seater Tarago style vehicle worked well because we were able to leave everything in the car while we spent the day in Waikiki.

Hiring a jeep for the day when we finally returned to the island after our trip was comfortable, we booked at the Marriot hotel desk and picked up a vehicle the next day! An easy and affordable way to explore the island on your own. 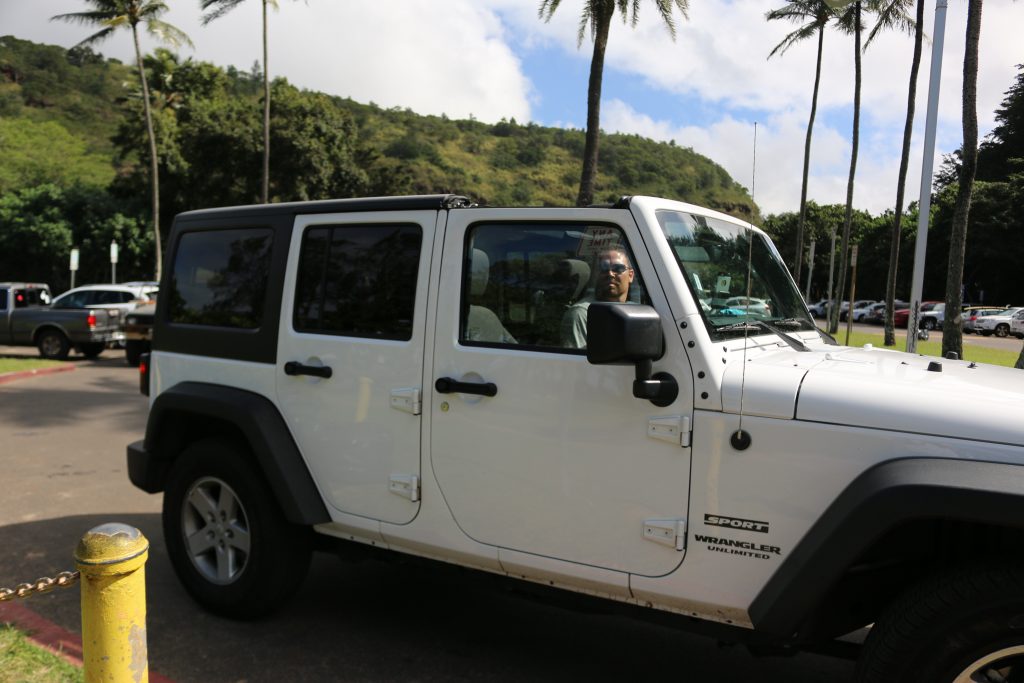 We stayed at the Aston Waikiki Circle, which was a great location (on top of Eggs and things); however, the accommodation was pretty basic. Our view was right opposite Waikiki which was fantastic. We did try Eggs and things one morning because every morning we walked out of the hotel,  there was a long line outside (it was very basic but very affordable). 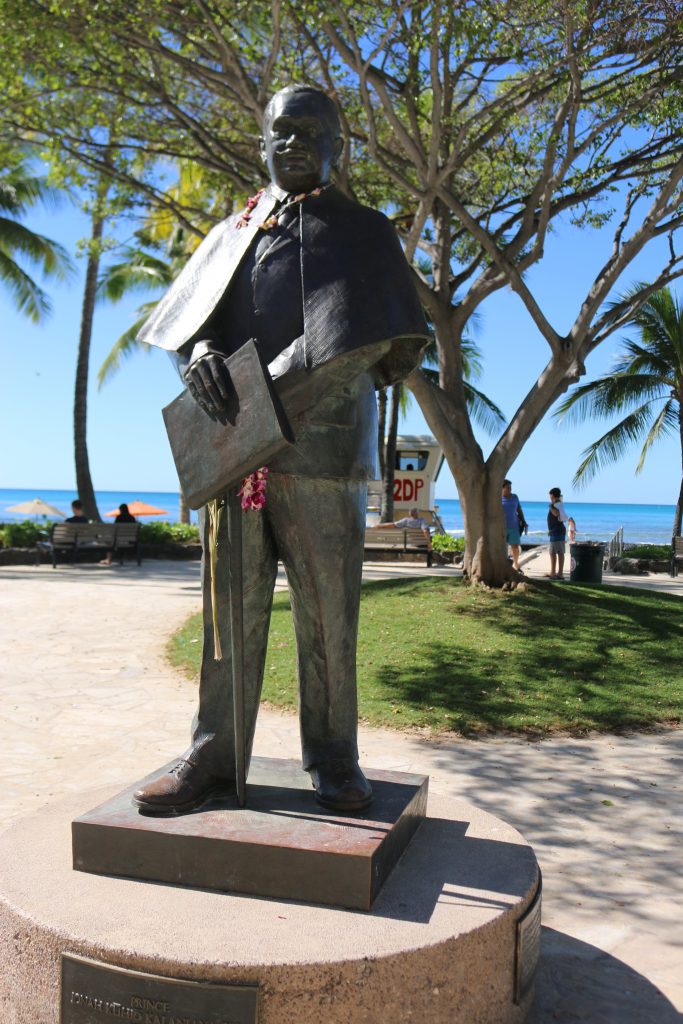 You can not go to Hawaii and not go to a Luau; it would be like going to Paris and not seeing the Eiffel Tower, it just would not be right! We have been to Paradise CoveHonolulu twice, and it does not disappoint, we booked online (if you want to be closer to the stage and if you want fresh flowers rather than a shell lei then go VIP). I know it is very touristy, but sometimes you need to be a tourist to tick it off the bucket list, don’t you? Besides the kids loved it! 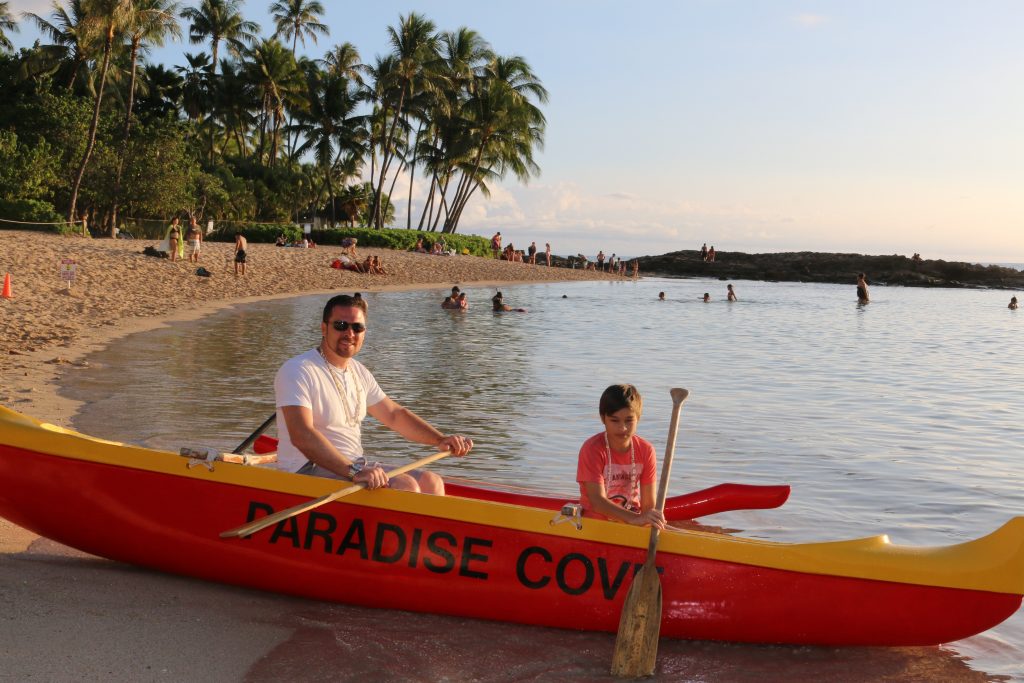 Pearl Harbor was alway high on our priority list with and without the children. We often asked the kids to pick one thing to do or see in each place we visit, and for my 18-year-old history buff this was high on his bucket list (having been to Hiroshima and lived in Japan this was just as important to visit). We booked a tour because the local tour guide suggested that we would have to either arrive very early and hope that we are allocated a free ticket (which run out pretty quickly) or book online (which were all booked out well in advance). So book a tour of the city which included Pearl Harbor Honolulu was the safest bet.

For most, when you think of Hawaii, you think of big waving surfing in Ohau’s North Shore. We hired a jeep and headed to Waimea Bay for a little sightseeing. We decided to stop at a few beaches along the way, and we were not disappointed. The water was gorgeous, clear, crisp and less crowded than that of Waikiki. We stopped by the food trucks in Shark’s Cove and ate lunch along the way. We spent the later part of the afternoon shopping at the outlets (at our leisure). 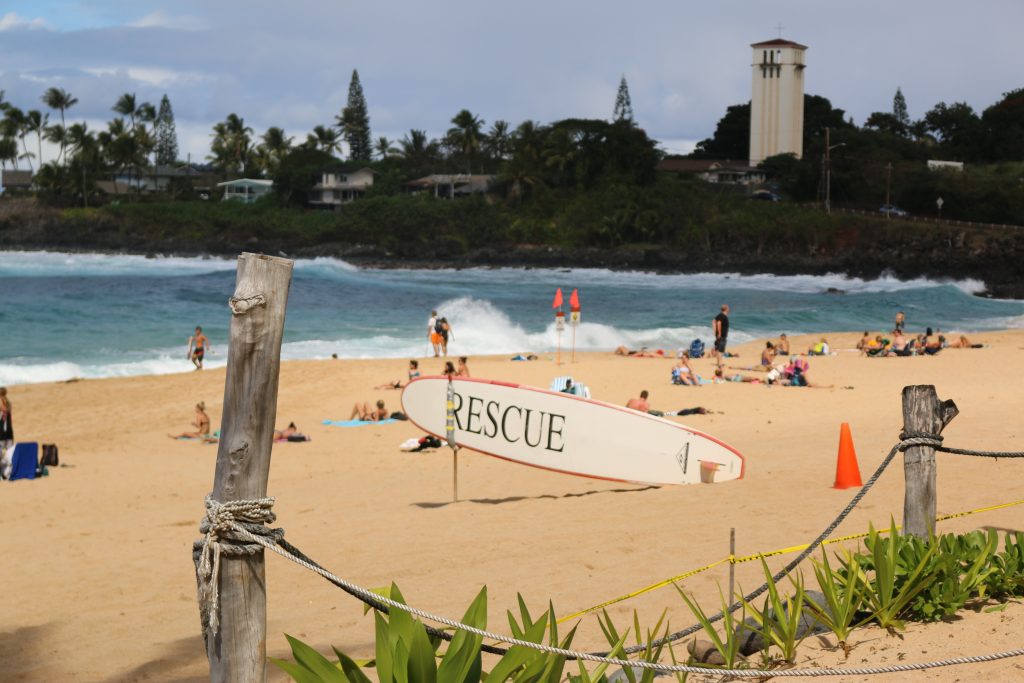 If you are anything like us, we love to get out and explore where we are staying. So we decided to walk to Diamond Head from Waikiki Honolulu (it is not very far, and the scenery along the way is worth it). The streets leading up to Diamond Hill are gorgeous and the houses and quaint, it is worth a look. It is great to do with or without the family tagging along and if you want a great photo opportunity then it. 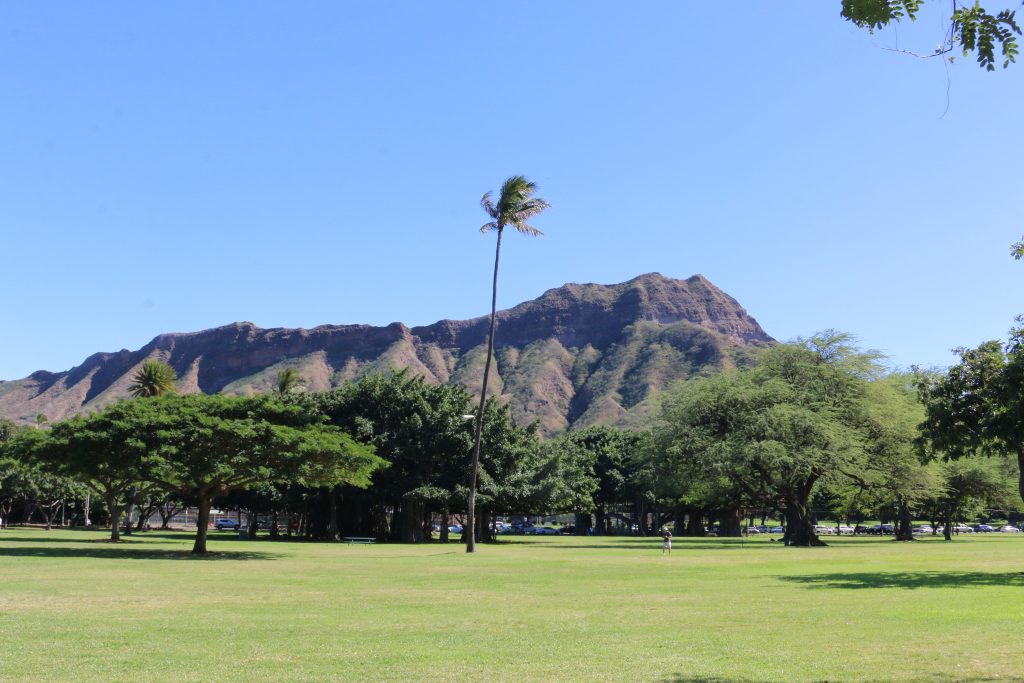 If you are not staying on or near the beach then making a day of heading to the beach and doing nothing but swimming and relaxing is a must. Waikiki Honolulu is a little overcrowded in and around The Duke Kahanamoku Statue. But anywhere along the beach is worth parking yourself for the day. You can hire banana chairs and umbrellas on the beach, buy them any ABC store along the way or borrow them from your hotel (Aston Circle lets you use any of their beach supplies from surfboards to beach umbrellas). 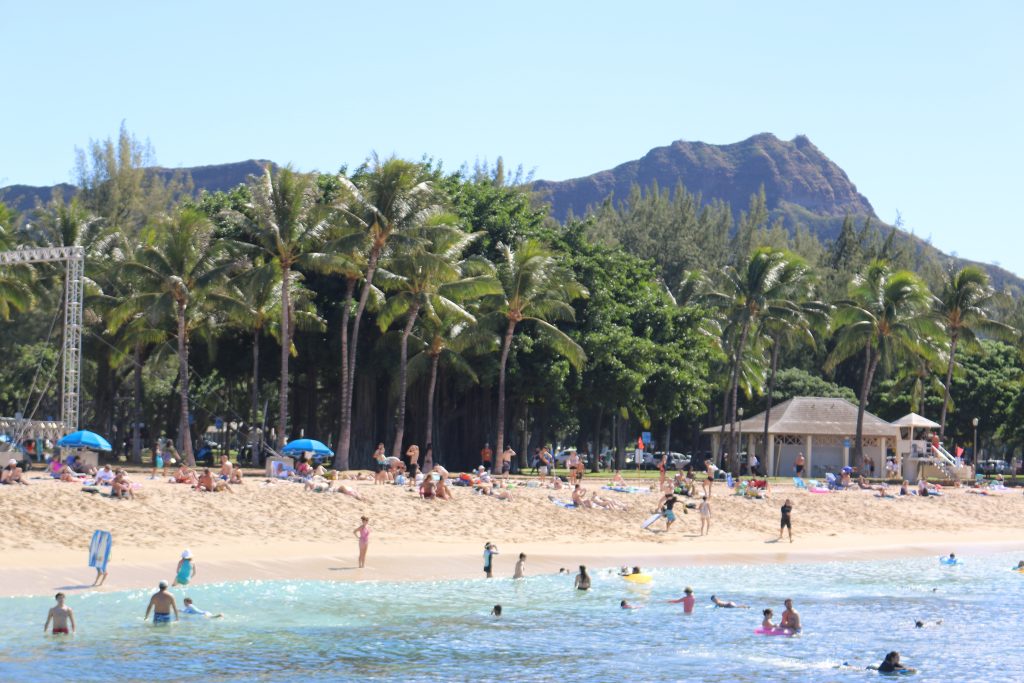