Skip to content
Home » THE BEST OF PHILADELPHIA IN 1 DAY

The moment I stepped foot in the city of Philadelphia, I fell in love, it is so much more than I imagined! Even if you only are only in Philadelphia in 1 day, you will fall in love with it too. Before arriving, I hate to admit it, but my knowledge base was minimal, all I knew was that Rocky Balboa grew up here and Cold Case solved many murder mysteries.

On both occasions, Philadelphia was seen as somewhere wet and miserable and not a place you would consider to be a priority on your bucket list.  To my surprise, the city has such beautiful architecture which is full of history from Liberty Bell to the home of the American Flag. There is so much to see there (and yes, the statue of Rocky is also a must-see!). Who knew that you would find the oldest Street in America with homes still in residence and the grave of Benjamin Franklin.

We only had one day there (wish we had more) so the on-off bus was the best option for us, although sitting on the top of the double-decker during winter is not the best idea! The major tourist attractions are close by so you could do it on your own if you wish, but, if you only have the luxury of a day, the bus is probably the best option. 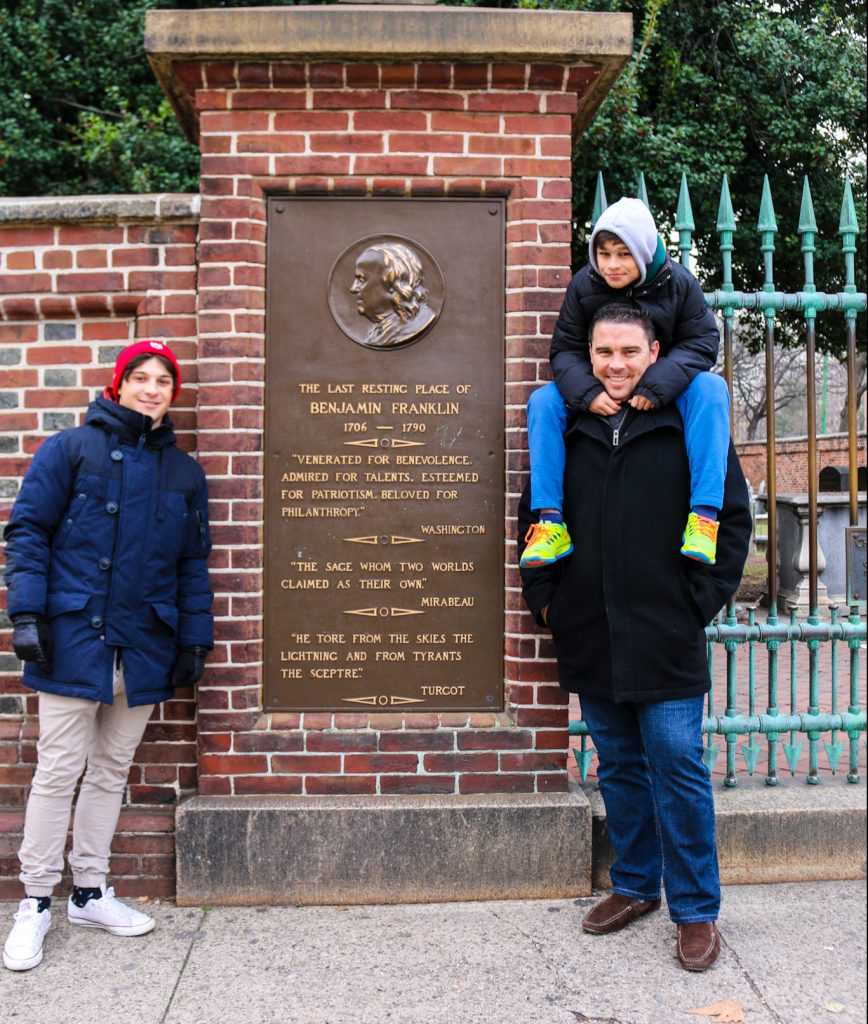 Things to know – Philadelphia in 1 day

Check ivisa regarding visa requirements. Ivisa’s quick and easy system is an efficient way to organise your required visa’s online. It is the best way to ensure you aren’t caught looking silly when you arrive at immigration.

SafetyWing is the world’s first International Travel Medical Insurance developed to meet the needs of entrepreneurs and remote workers travelling or living abroad worldwide. I can not recommend travel medical insurance enough! For those who are going to be away for long periods, live and work abroad or are a nomad traveller.

Transport to be in Philadelphia in 1 day

CAR – We drove from a friends home which was very easy to get to using our GPS (we purchased wifi for the car with the car, I highly recommend it when you are travelling with children on long drives). It took us approximately one hour and parking was easy as there are few car park options in and around the city. I recommend being as close to the information centre as possible, as this is where you can purchase tickets for the on-off bus.

BUS – There are 5 coach providers from NYC and takes approximately 2-3 hours depending on the bus service and time of day. 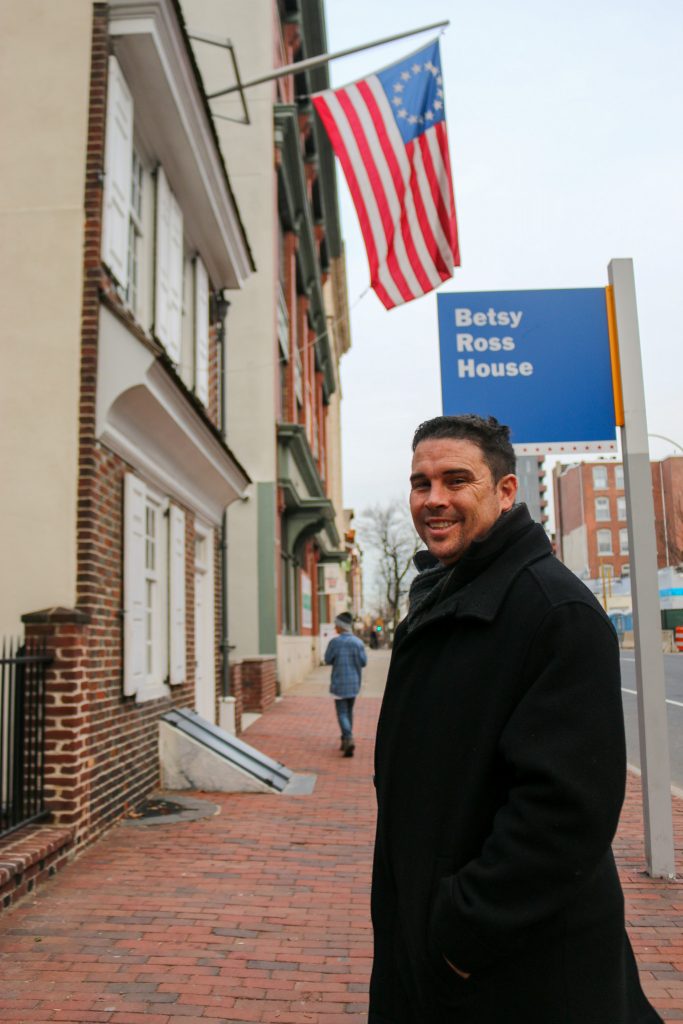 You can purchase a few different types of tour bus services. However, we used the Philadelphia site seeing tours. I am sure that they all cover the same routes, but this one was great, and the commentary was excellent too (do not forget to show your appreciation with a tip). If you are going during winter, I would suggest sitting downstairs because it was freezing on the top and if you are only going to be in Philadelphia for 1  day, then this is a great way to see it all.

I believe tipping (especially in the States) can be confusing, embarrassing and awkward as a traveller. Every country has its own rules about whether to tip or not, and the U.S is probably the only country I have been to that you always tip (for services) unless you are unhappy with the service or goods that were provided. Remember to have a wad of smaller dollars at the ready, because there is nothing more awkward than having to find a change of a $50. 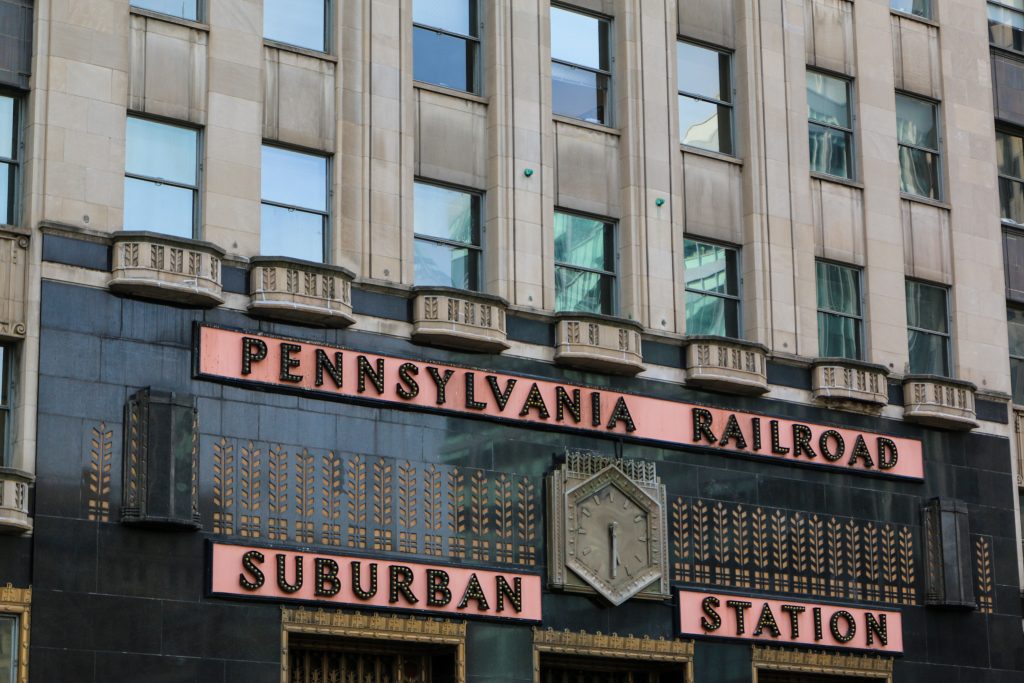 Getting yourself prepared to be in Philadelphia in 1 day –

If you are anything like me, then preparing yourself before you go is critical! Research, research, research! I usually either read a book or watch a film. If it is of particular interest, then I sit the kids down to watch it before we depart or load it up onto an iPad so they can watch it on our long drives to and from destinations. Here are some of my picks for Philadelphia –

I know it is a tourist trap and if you have limited time to see Philadelphia in 1 day,  but if you are going to be there, then why not? I grew up watching the movies and listening to “Eye of the Tiger” so it would be wrong not to! The Rocky Statue and the “Rocky Steps” are the Art Museum Steps, but beware that the there will be a line for a photo. At the time there was a guy (expect to pay a tip) who will take the picture for you. 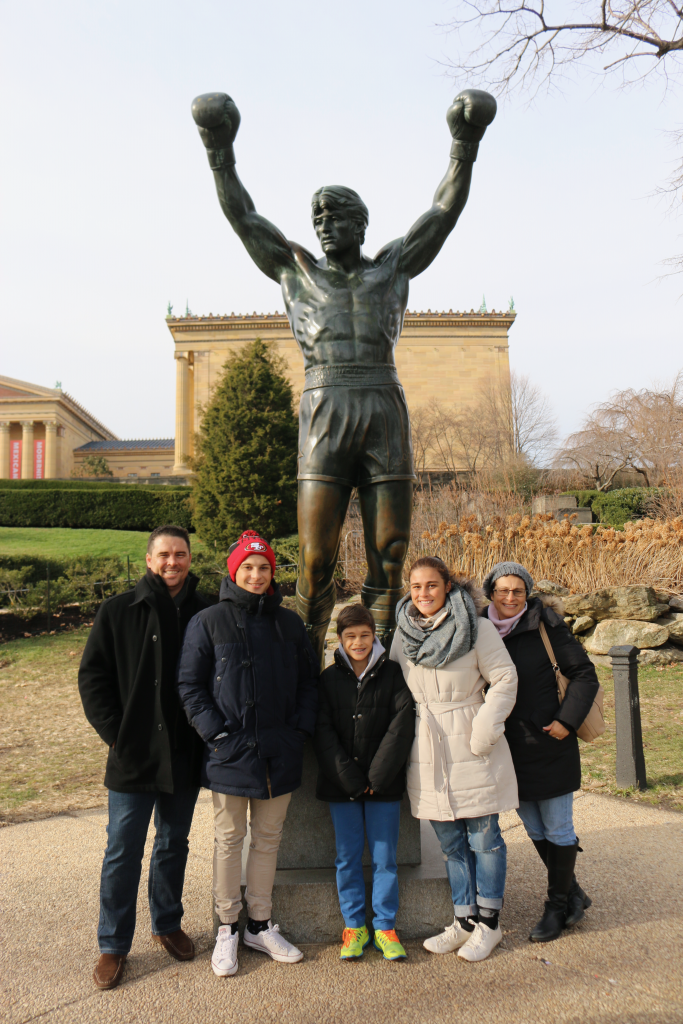 This street was one of our highlights; I love history and visiting places rich in it gets me excited. The houses on these streets are just as I imagined they would have been like 300 years ago. The area was named after Jeremiah Elfreth, who was a blacksmith and property owner back then. The Georgian and Federal-style houses with the cobblestone pavements are a must to see, I highly recommend it. 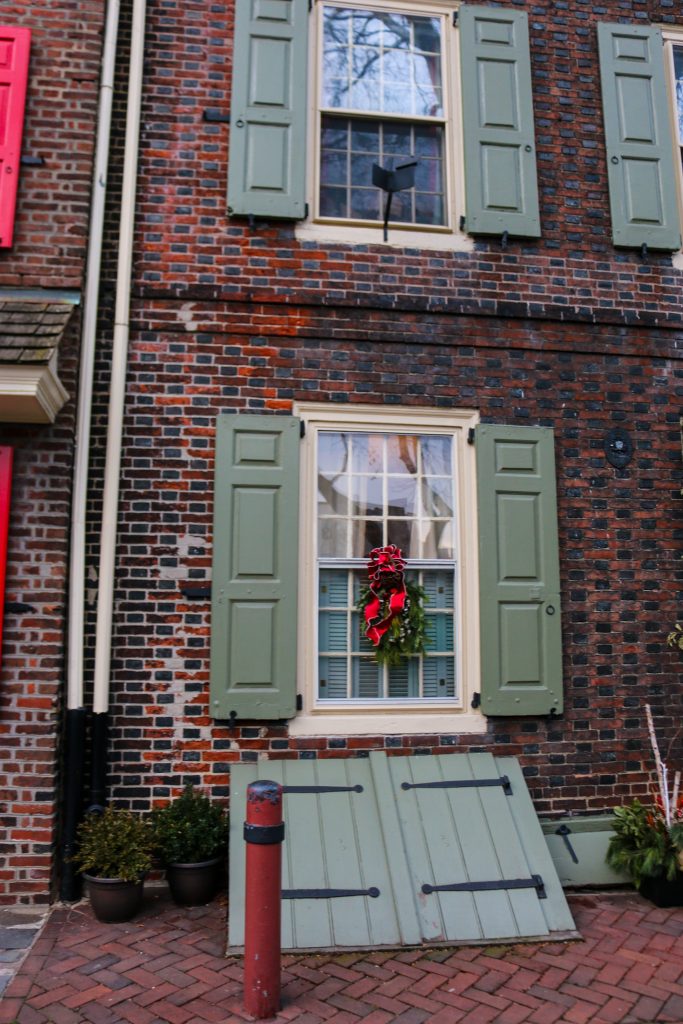 If you do not already know, Betsy Ross is believed to have contributed to the design of the American Flag; The Betsy Ross Museum is situated inside an authentic 18th century home where you can read and listen to her story. Her grave is outside in the courtyard, so if anything it is worth a look. 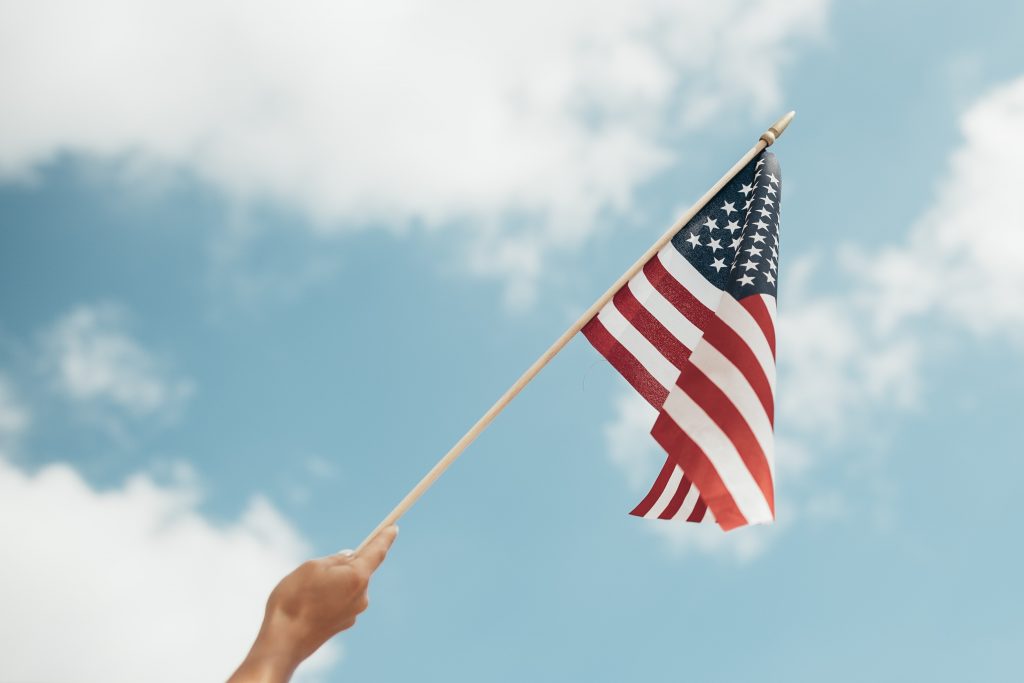 If there is one thing you have to do, when you visit Philadelphia in a day, it is to visit the Liberty Bell. It is easy to find as it is situated right next door to the Information Center and Independence Hall (which is another excellent place to visit). The story behind Liberty Bell is on July 8, 1776; the bell was rung from the tower of Independence Hall summoning everyone to hear the first public reading of the Declaration of Independence. It is an integral part of American history. 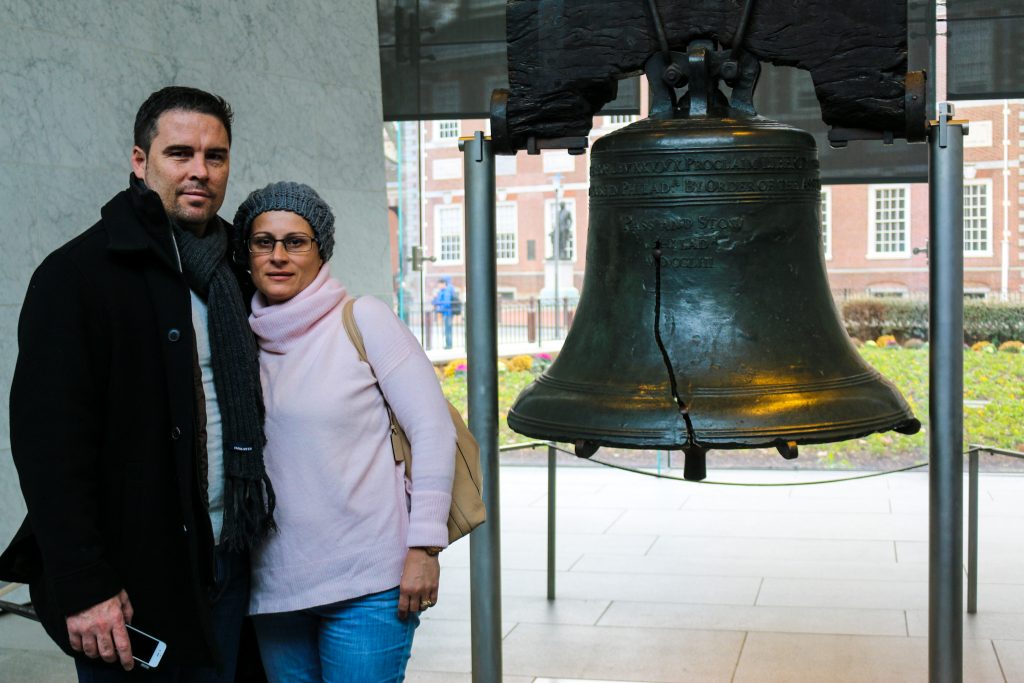 Do you need Travel Medical Insurance? Check out SafetyWing to see which insurance suits you best.

Other things to see

1 thought on “THE BEST OF PHILADELPHIA IN 1 DAY”