Statistics show that Psoriasis now affects 125 million documented people worldwide in other worlds 2-3% of the population.

Why I am so passionate about Psoriasis

Let me start from the beginning and how I have come to learn so much about Psoriasis and why I am so passionate about how Psoriasis affects mental health.

Back when I was a child, I was made to feel embarrassed by my skin condition, where Psoriasis was not something people either talked about or knew much about. It wasn’t until my skin became so sore to touch and the constant dryness of winter caused pain in my knees and elbows where it predominately showed, was when we sought professional help.

As it was something of a new thing, which doctors knew little about at the time, I was somewhat of a guinea pig for a well-known Sydney Children’s Hospital. I started attending regular checkups from the time I was about eight.

Then teenage years were the worst, throw in hormones, self-awareness, and many cruel remarks. Which saw me covering up in the middle of summer due to the stares I got from passer Byers, so my depression turned into weight gain, which then turned into a profound dark secret.

That secret’s name was Psoriasis. Unlike eczema, Psoriasis has a stigma that still cant be shaken all these years later. 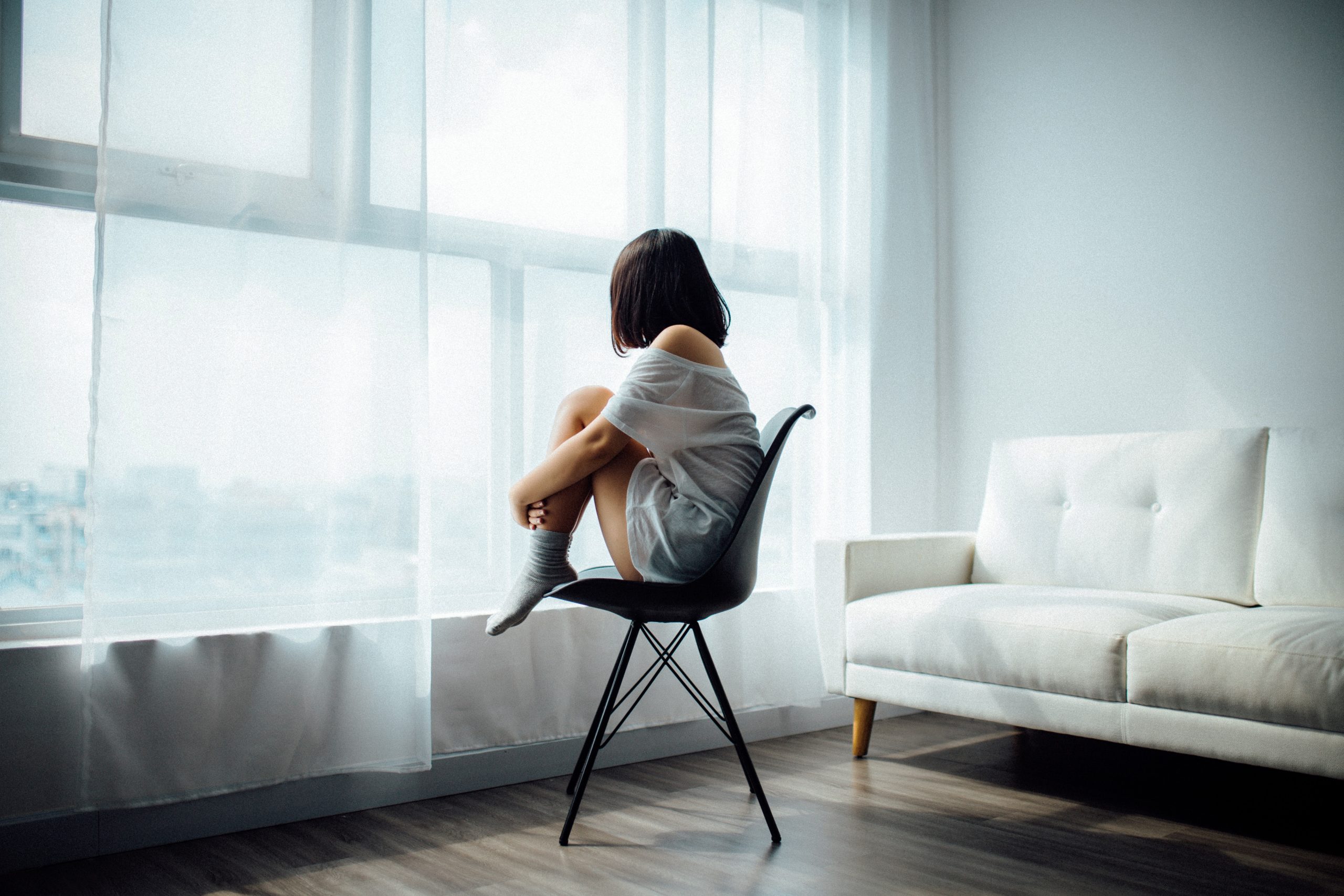 Psoriasis is a chronic skin condition that can cause red, scaly patches of skin to appear. This is because the skin cells build up and form these dry, scaly patches that can become itchy and sore, with the occasional feeling of your skin is on fire. The meaning of Psoriasis is that of an immune system problem; in other words, inflammation is caused by the immune system.

This occurs when there is an overactive immune system that speeds up normal skin cell development. In comparison, normal skin grows and sheds skin cells monthly, where someone with Psoriasis will grow and shed skins cells every few days. 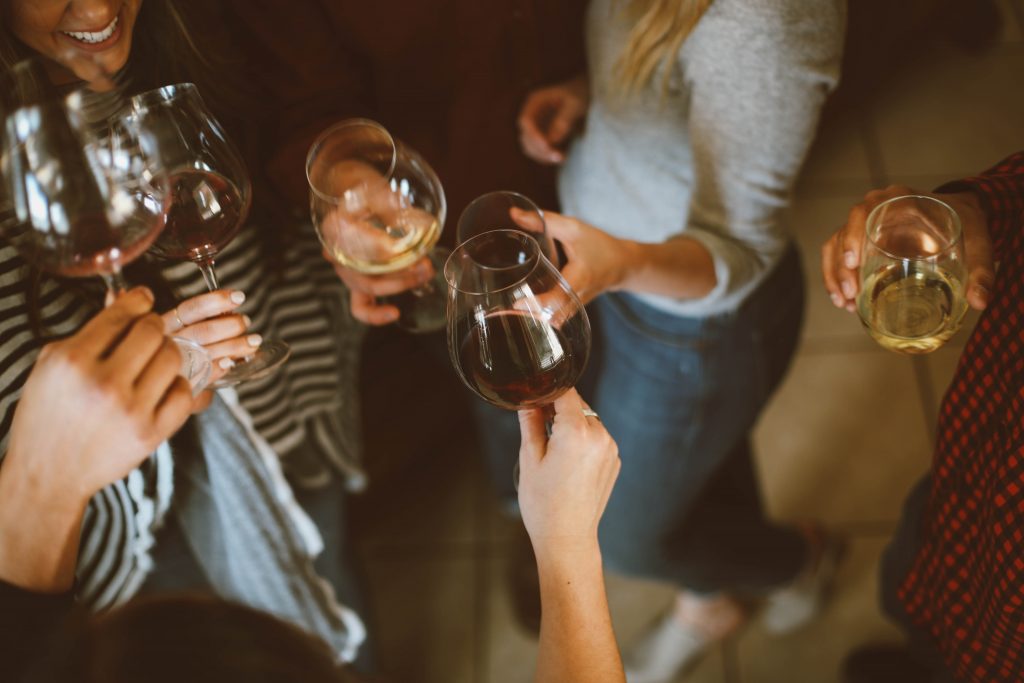 Myth one: Psoriasis is contagious.

I remember first-hand as a child where my 5th-grade teacher told the class not to touch me as I was highly contagious. This not only made me feel inadequate but also made the children in my class treat me differently.

Fact: Psoriasis is an autoimmune disease. It is not an infection, so you can not catch it from people that are showing signs of the disease. Usually, something triggers Psoriasis, causing symptoms to appear or worsen.

Myth two: There is a cure for Psoriasis.

Fact: You can treat Psoriasis in many different ways, but it is a lifelong chronic condition. Although there can be periods where the disease lies dormant, it is always there and can flare up through varying times in your life.

Myth three: All Psoriasis is the same

People often think that there is only one type of Psoriasis, and you can have more than one type – I know because I do.

Fact – because there are many types of Psoriasis so you should get to know your kind. There are several types: pustular, erythrodermic, inverse, guttate, plaque, nail, and Psoriatic Arthritis. 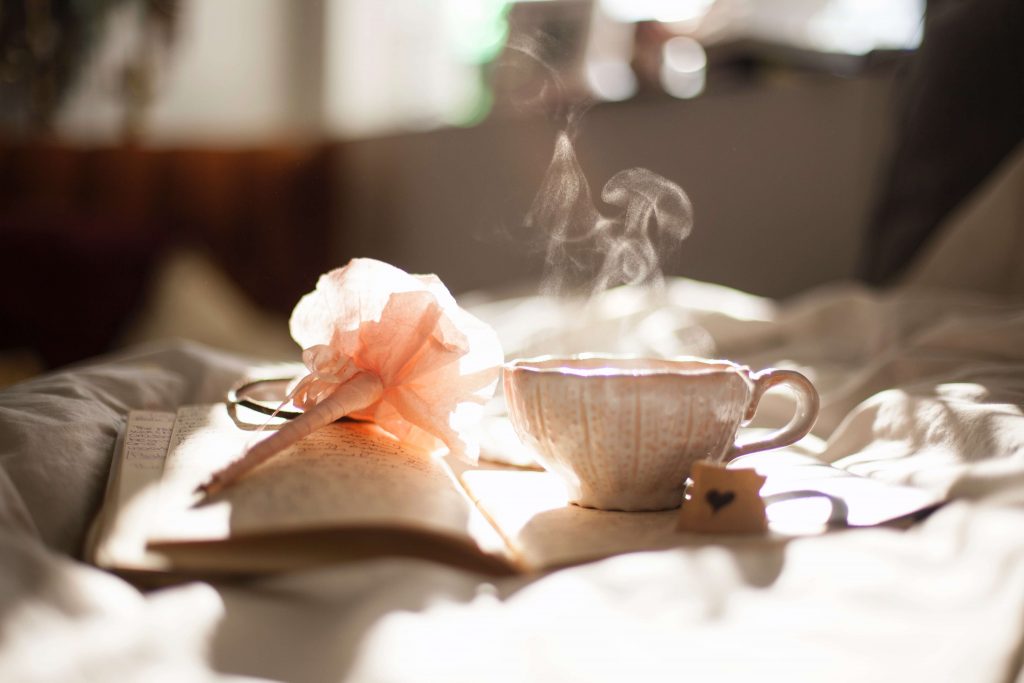 Plaque psoriasis is the most common type of Psoriasis; patches can become red and inflamed and cover extensive areas of the skin. These are commonly found on the knees, elbows and scalp.

Guttate Psoriasis is mainly found in children and looks more like small pink spots. Guttate is the Latin word meaning “resembling drops or characterized by markings that resemble drop”, as stated in the Oxford dictionary.

Pustular Psoriasis is commonly found in adults, and it looks like white pussy blisters around red, inflamed skin. Usually found around the hands and feet.

Inverse Psoriasis is more bright red and shiny, and the skin looks angry and inflamed. Usually found under armpits, breasts, groin, or skinfolds where skin can become sweaty.

Erythrodermic Psoriasis is rare and a very severe type of Psoriasis. This type can be found on large parts of the body and makes the skin look like it has been severely sunburnt, this can come with a high fever and make the person feel very ill, and some may even say life-threatening, so seek medical advice.

Nail Psoriasis is commonly seen in half of the Psoriasis suffers I have mentioned above, especially those with psoriatic arthritis. People with nail psoriasis find it tender and painful, and the colour can change to a yellowish-brown.

Psoriatic arthritis is a condition where you have both Psoriasis and arthritis, inflammation found in the joint. This type of Psoriasis is excruciating, with stiff joints, fingers, and toes that swell. They can also have pain in the tendons (especially the back of the heels and soles of the feet). 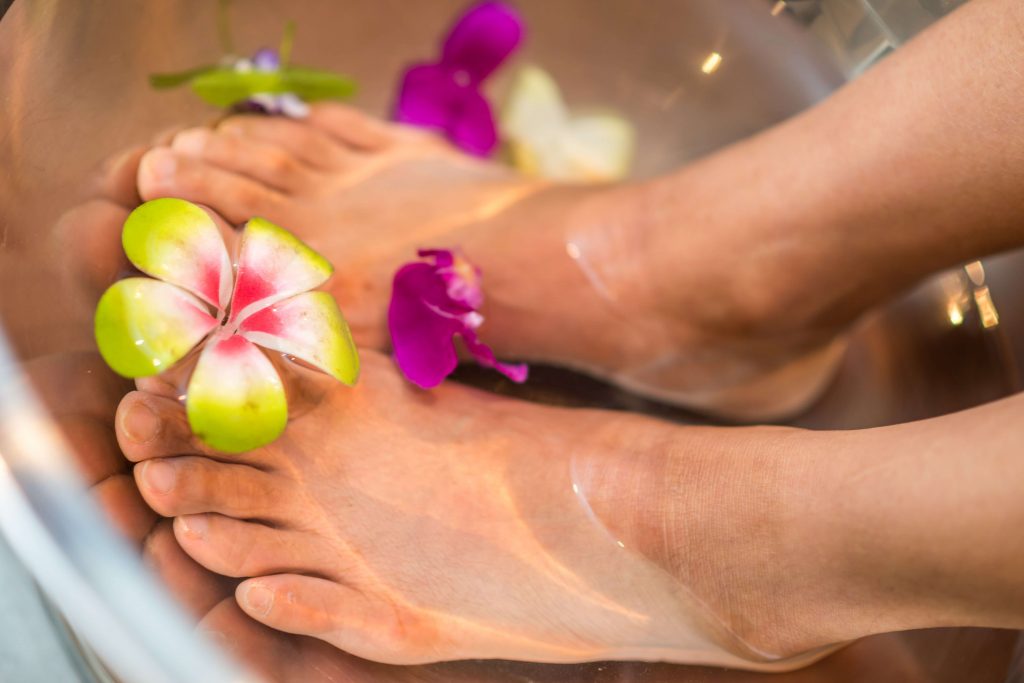 What are Psoriasis triggers?

Well, where do I start? There are several triggers (for me personally) that can cause an instant flare-up, and here are a few of them. 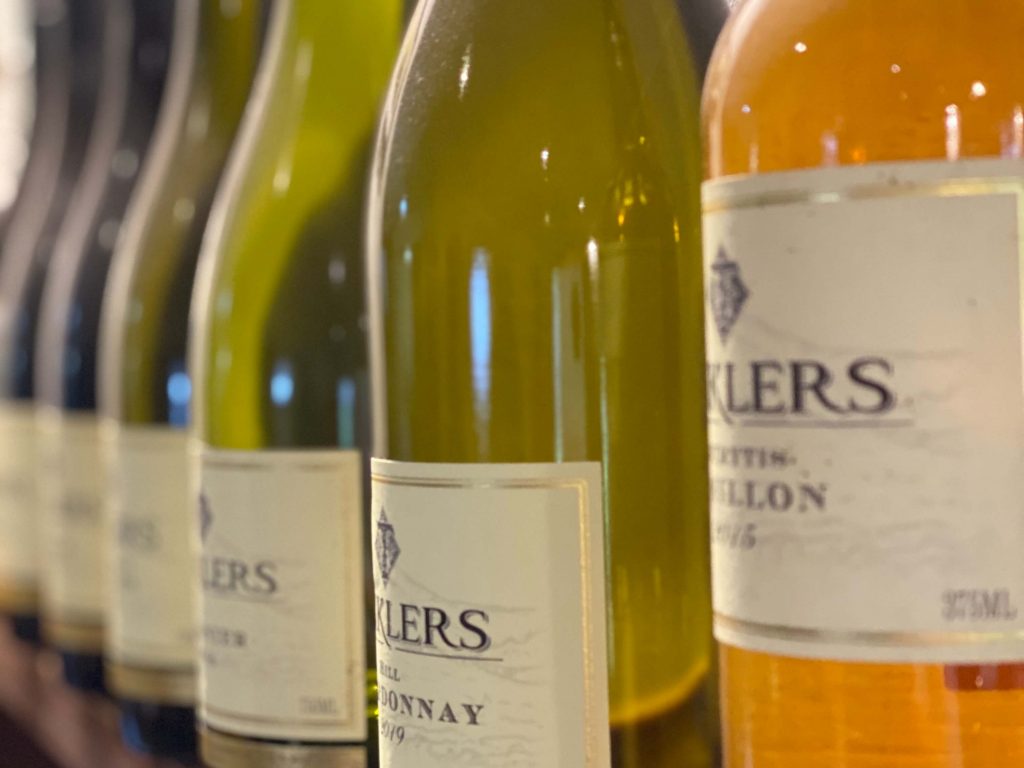 For me, my diet is the most crucial part of keeping it from flaring up. I avoid anything acidic. This includes tomatoes, pineapples, and white wine in particular. I try and stay away from anything from a cow; dairy and red meat can sometimes be a trigger. They also make me feel sluggish, and they aren’t great for the environment either, so this is definitely in moderation.

I eat a lot of healthy fats (oily fish) and loads of fruit and vegetables. I also drink a green smoothy every day (homemade, of course). However, be careful of oranges (which I love) and lemons (which I adore) because they sometimes can trigger it if I am not careful. 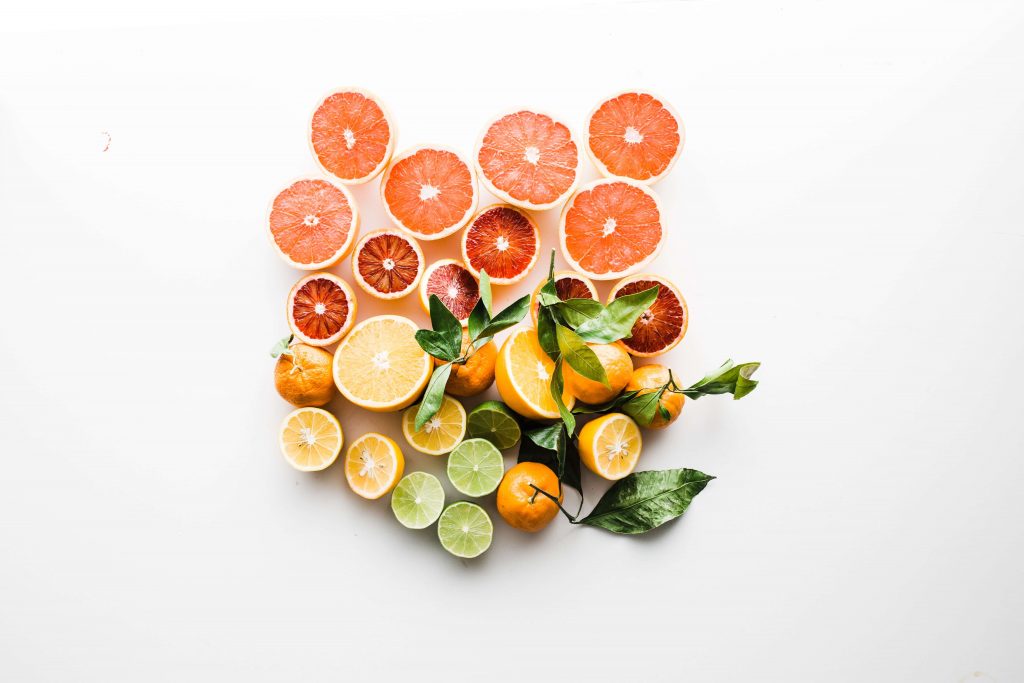 Get to know your body because sometimes symptoms will creep up on you if you aren’t aware. I was told once that it takes two weeks to surface, not sure if that is true or not, but I tend to look at what I was doing two weeks prior, and it usually does give me an idea of what triggers it. Psoriasis can be sneaky like that!

For me, it usually starts will an unassuming little pimple, and it is generally around my elbows and knees, as well as Psoriasis on the scalp. Then it could be anything from red patches that become thick and scaly; it can also become dry and cracked and, at its worse, starts to bleed. Psoriasis can be sore and burn, but it can also become itchy. Usually, at its worse, it can make your skin feel dirty (even after jumping out of a shower.) 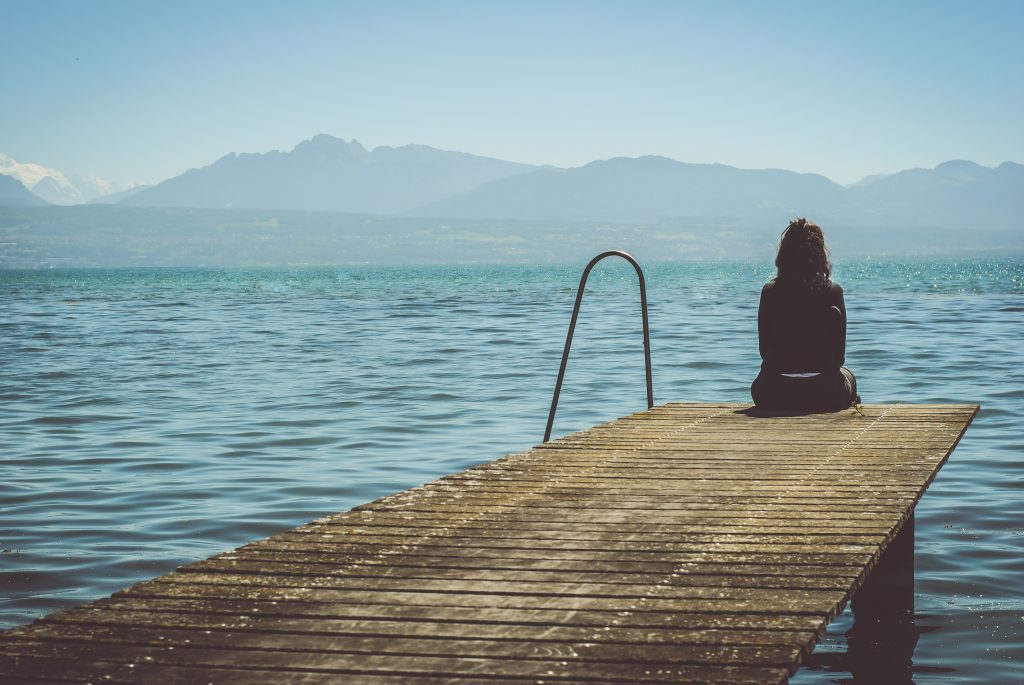 My best treatment for Psoriasis includes –

Maintenance stage – controlled diet, moisturize after every shower or bath, avoid fragranced moisturizer, take supplements (zinc, omega three fish oil, st johns wart, and milk thistle), reduce the medication of any kind. Do not over-shower; this can strip the natural oils from your body. I also use vaseline as a replacement for any topical cream.

In winter – I try not to use any heaters (especially in cars or reverse cycle air conditioners and electric blankets), moisture your body twice a day or when you can see your body becoming dry. I also use a humidifier; this brings back moisture into the air, which helps.

During a flare-up – I become stricter on my diet and eliminate alcohol. I have baths in tar oil, and I usually find pinetarsol does the job. Word of warning, it does smell and is very slippery, so I only use it when I have a terrible flare-up. After that, I swap vaseline for a doctor’s prescribed topical cream, and I only use it until I see a difference; I do not use it any longer than I have to. I also spend every day with at least ten minutes of guided meditation and yoga to keep me grounded and relaxed.

Other things: Swimming in saltwater (sometimes even bathing in it) and the sun can do wonders. 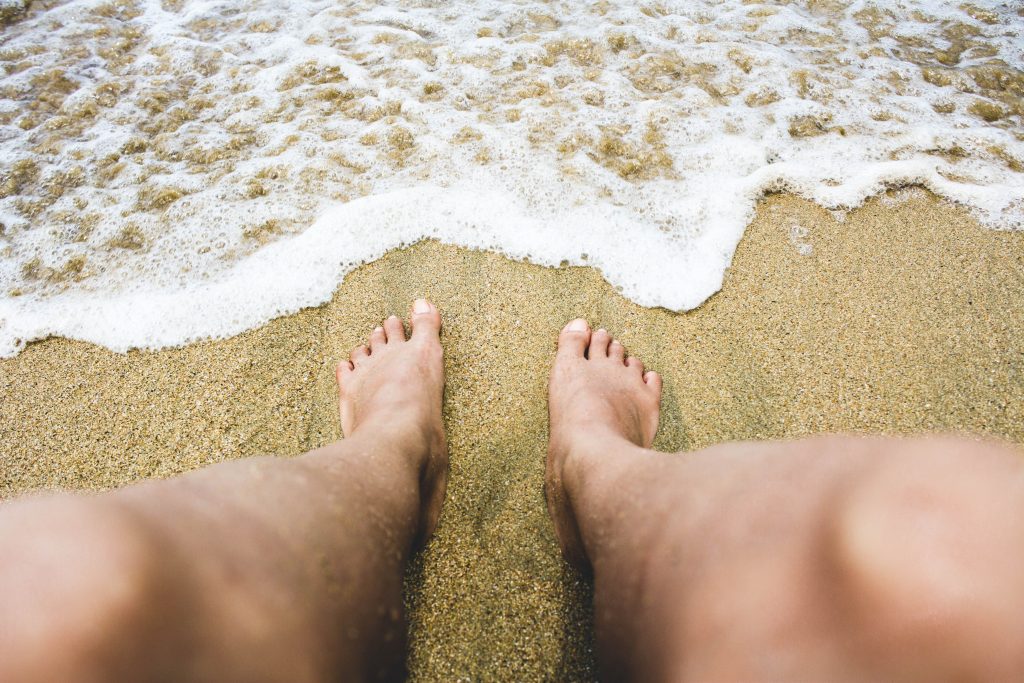 How do I cope with living with Psoriasis?

I am not going to lie; I have had some rough patches in the past. It is hard to understand how this condition can turn my life upside down with just a little show of events. Yes, my anxiety can return, which I guess you can say feeds the disease and ends up worse than ever. It is also hard to understand why this ugly disease rears its ugly head when you feel healthy.

Living in Asia has helped; the humid weather is excellent for my skin condition. As a result, I am a little less worried about my strict routine, which can sometimes catch me unawares. You can live with this disease, but you need to remember to stay positive and stay strong because it is more than just a skin condition. Reach out to people and even associations like the national psoriasis foundation or your local association.

People need to understand how important it is to look after their mental health conditions, especially when a flare-up can have you spiraling out of control (I know I have been there). Unfortunately, it has taken me until now to be open about my struggles, which can hit me harder and faster than you can imagine.

I have no idea why I was the chosen one in my family to receive this psoriasis gift, we can’t seem to find who has had it in the past, and I am so thankful that none of my children have been diagnosed with it.

However, I am not sure if people are more accepting of it now that more information is out there and more people have been diagnosed. I wonder if maybe I am carrying some forty-year-old wounds around with me, which is why it might affect me more than others?

Who knows? All I know is if someone tells you that Psoriasis is affecting their mental health, you need to stand up and listen.

Thanks for taking the time to read my blog. I hope this post has given you the information you need.  If you have any recommendations, tips, or advice, I would love for you to share them in the comment section below!

Pin it for later! 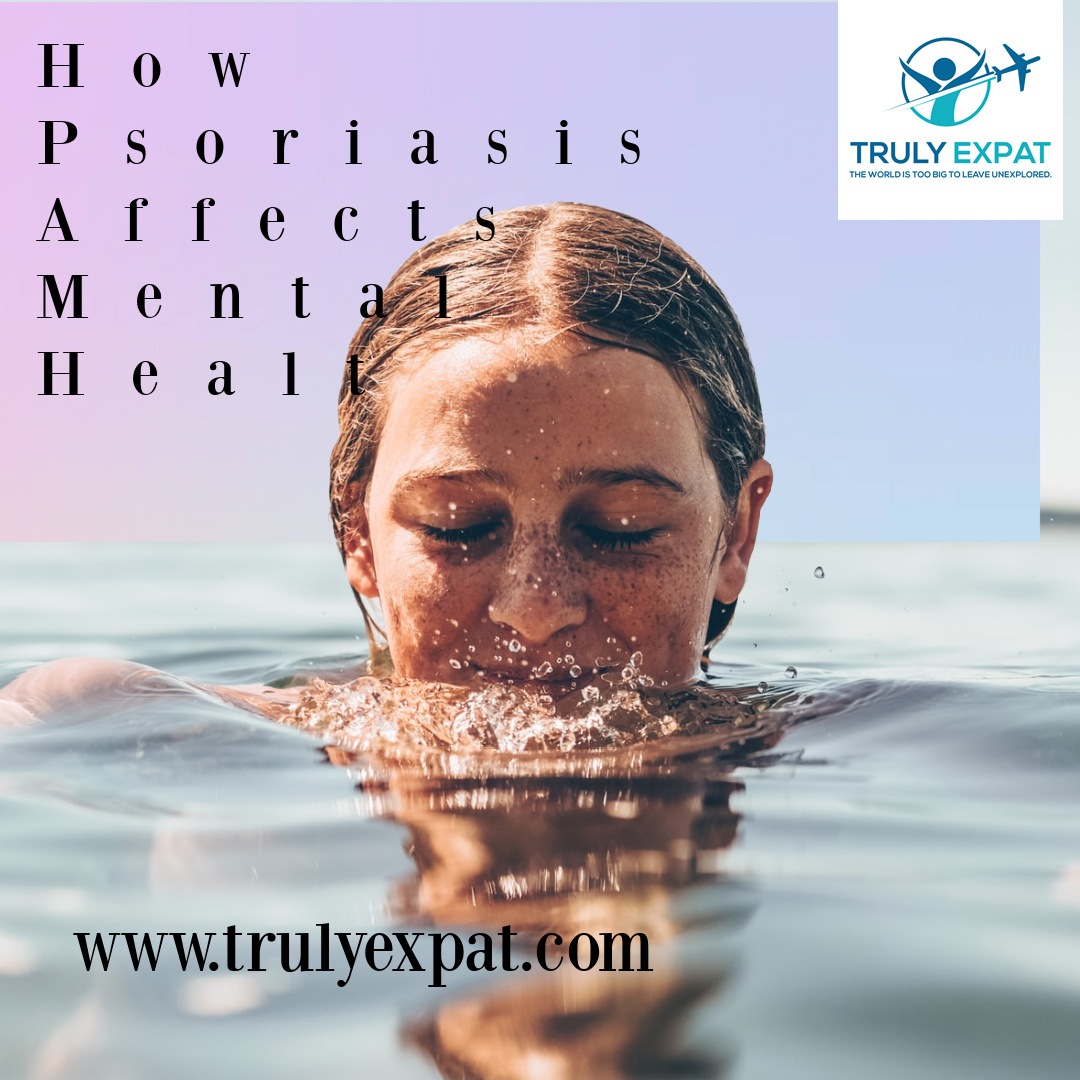 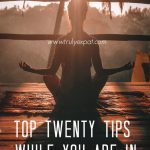